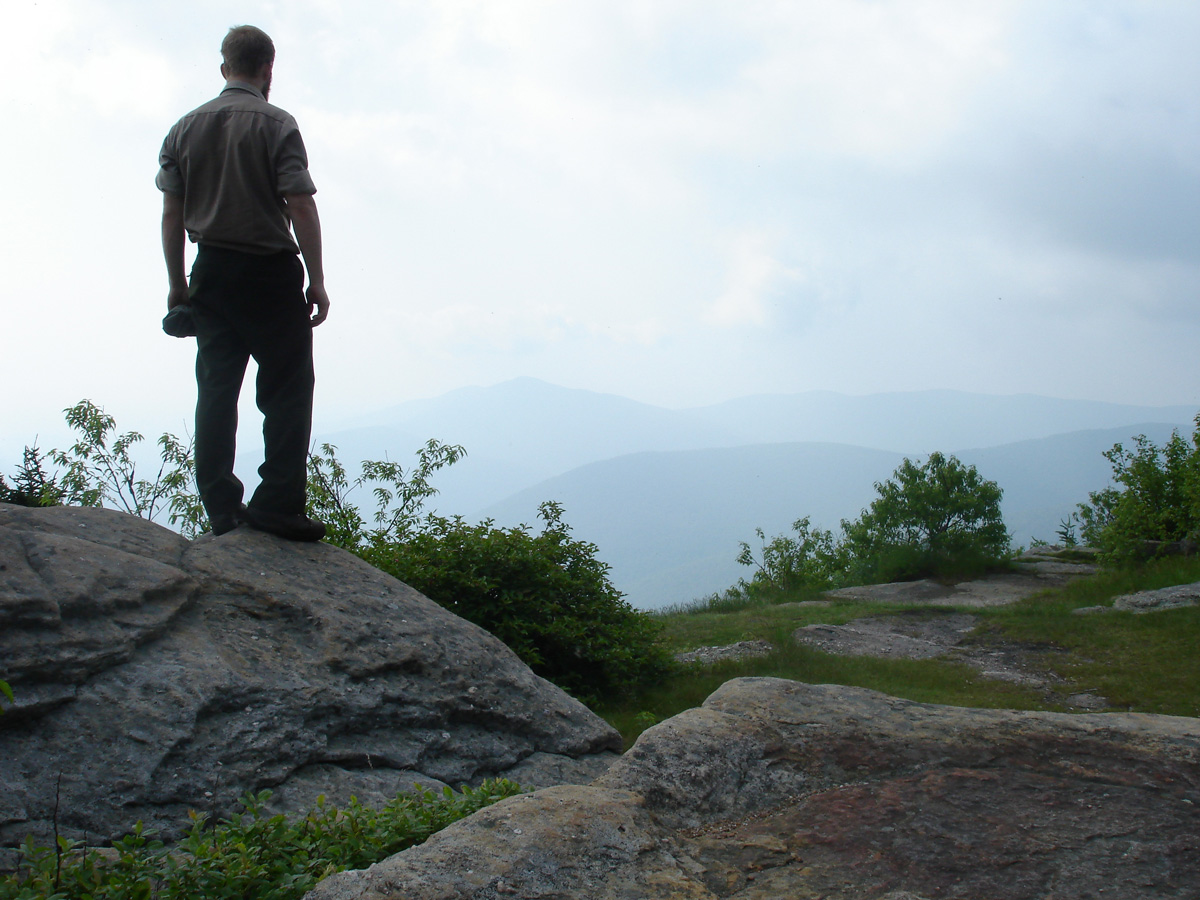 A Veteran Discovers the Soul of Wilderness

During the spring of 2019, when I finished my master’s degree in clinical social work and gained my license to practice, I was anxious to get to work.  Since therapists had helped me process my own post-military mental health challenges, I returned to school as a nontraditional student to get my degree and license to return the favor.  After all, it is always better to give than to receive.  Though I was a New Yorker, I sought an employer that was based in the Rocky Mountains, worked with veterans, and embraced wilderness therapy.  Huts For Vets checked these three boxes. 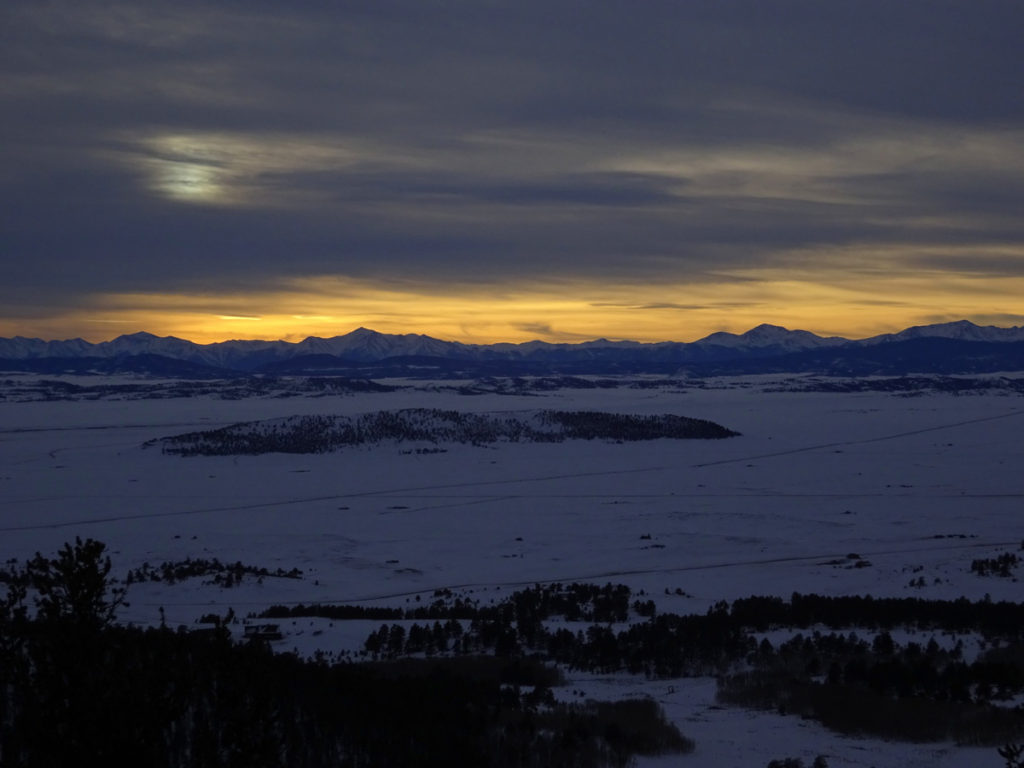 Before I knew it, I was on the phone with Paul Andersen, founder of this outstanding program, inquiring about a job.  The need for a therapist as an employee simply wasn’t there, but Paul had me realize something about myself, and it appears that one of his specialties is having veterans realize things about themselves.  In this case, Paul showed me that I was a great Huts For Vets candidate myself.  Though I had never served in combat, my history mirrored that of friends and acquaintances who had fought in Vietnam, Panama, Kuwait, Iraq, and Afghanistan.  I had experienced drug and alcohol abuse, depression, physical pain, and isolation, and these were most frequent and intense within the first few years of my discharge as an Army paratrooper in 1993.  Huts For Vets, though not a prospective employer, seemed like a “right place at the right time” endeavor during the summer of 2019.  When one is invited to be part of a group of veterans headed into the Colorado high country, it is wise to accept that invitation. 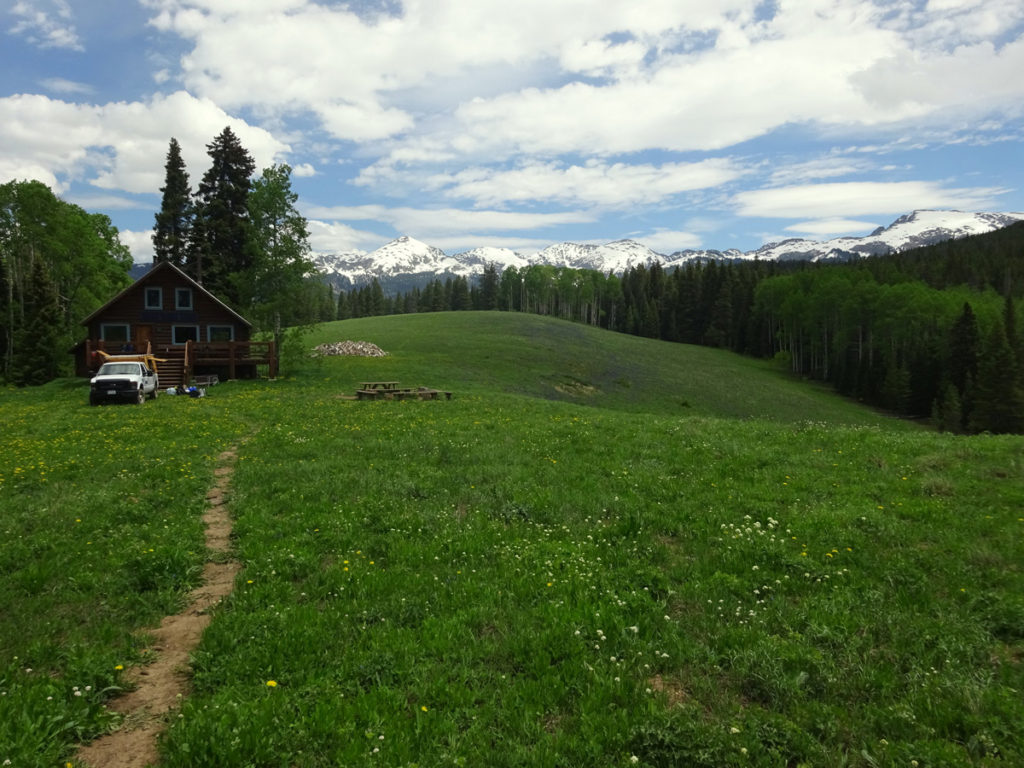 After spending a day at a base camp in sagebrush country, my nine fellow veterans, four Huts For Vets facilitators, and I hiked into the White River National Forest, bound for a 10th Mountain Division hut perched at 9,700 feet.  I felt both uneasy and at home.  The uneasiness stemmed from my instinct as a therapist.  I had to take care not to come across as the participant who thought he was in charge of something, asking fellow participants to talk about their feelings.  I was also the only non-combat veteran.  And I was the oldest participant.

Yet I felt at home because it is difficult for a veteran to not feel okay around fellow veterans.

Long story short, I cannot endorse Huts For Vets enough.  The scenery was stunning, the therapeutic readings insightful, the food delicious, the camaraderie sincere.  To say it was worth the trip is an understatement.

Being in the Rocky Mountain high country was a unique experience for most of my fellow Huts For Vets participants, some of whom had never even hiked before.  It was a natural fit for me.  I’ve been hiking and backpacking for decades, and I see wild land as a comforting sanctuary.  The mountains are my refuge, the rivers my moats.  In the mountains I can disconnect from an increasingly-hectic world of cell phone rings, text pings, bright lights, and noisy nights.  I can unwind and be myself.  The freedom of the hills is addictive.  I go here and go there as I please, climbing this ridge, fording that stream, and doing it all with barely a care in the world.  I have few obligations in the mountains, and all of them are psychologically rewarding. 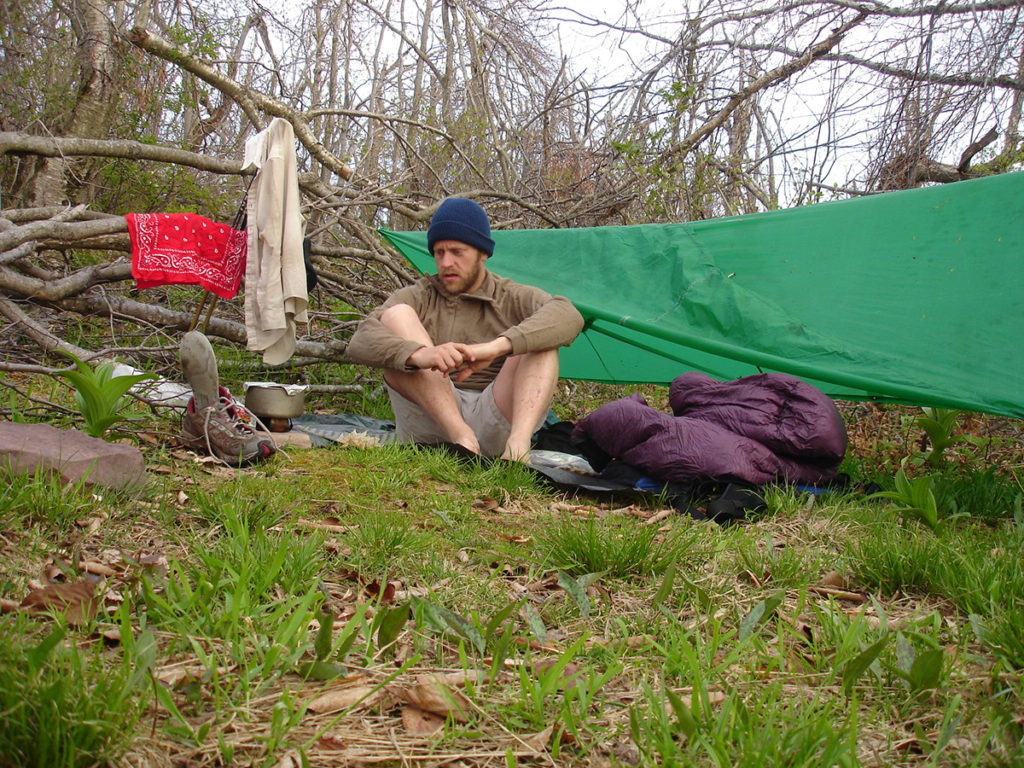 The reasons behind my love for wild land is best summed by Paul Petzoldt.  Born in 1908, he was one of America’s greatest mountaineers during the 1930s (he was part of the 1938 American K2 expedition) and is credited with creating the field of outdoor education later that century (he founded the National Outdoor Leadership School in 1965 and the Wilderness Education Association in 1977).  It’s especially fitting to quote Petzoldt since he served in the Army’s 10th Mountain Division during World War II.  When asked why he loved being in wild land, Petzoldt offered a perfect, imprecise response.  “I love the physical exertion.  I love the wind.  I love the storms.  I love the fresh air.  I love the companionship in the outdoors.  I love the reality.  I love the change.  I love the oneness with nature.  I enjoy the hunger.  I enjoy clear water.  I enjoy being warm at night when it’s cold outside.  All those simple things are extremely enjoyable because, gosh, you’re feeling them, you’re living them, your senses are really feeling.  I can’t explain it.”

I climbed my first mountain, Crane Mountain in New York’s Adirondack Mountains, in 1985 when I was 12 years old.  The rest, as they say, is history.

From Florida’s Everglades to New England’s granite mountains, from the Desert Southwest to the high plateaus of Utah, I’ve now camped out 1,000 nights, climbed 2,000 mountains, and hiked 15,000 miles. 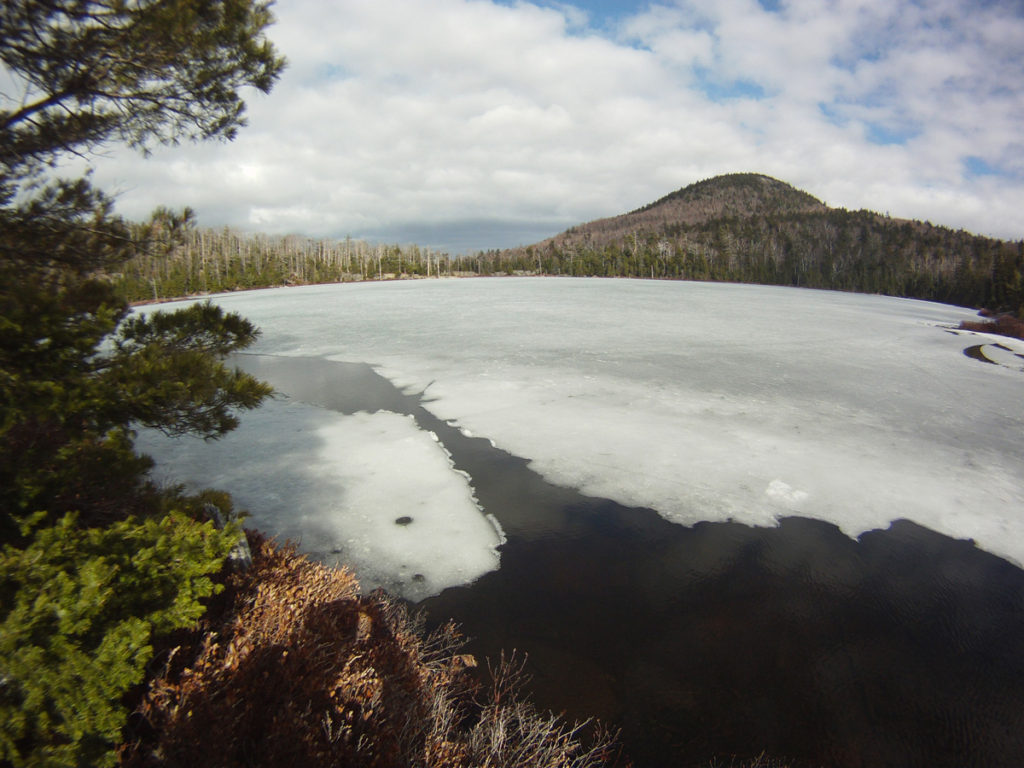 The one that started it all, Crane Mountain, Adirondack Mountains, NY | Photo: Erik Schlimmer

I’ve been able to do about a quarter of that cumulative travel while getting paid.  Working as a trail builder, backcountry ranger, Appalachian Trail caretaker and ridge runner, and sponsored adventurer during the 1990s and first decade of the 2000s, I was often in the backcountry getting paid by state and federal agencies for the work I was doing.  A handful of outdoor gear companies supported my expeditions directly, knowing I’d write and speak about those expeditions later.  There’s no doubt that getting paid to hike and camp is the sweetest of the sweet deals of life.  The words I usually use to describe those grand opportunities are “fortunate” and “thankful.”

Now, returning to Huts For Vets, on the second day of my group trip, I was sitting on a bench around a campfire with my fellow veterans, watching the setting sun paint a series of 12,000-foot snowcapped peaks cotton candy pink.  There was not a breath of a breeze.  A deer quietly grazed in a meadow below us, the scorching sun went to sleep behind a series of 14,000-footers to the west, and I grabbed my down vest as the temperature dropped.  And then I asked myself a question that guided the next few months of my life: Why not live where I like to go on a retreat?  I had been to Colorado a decade earlier and loved what I saw – the flawless weather, the genuinely friendly people, the wide-open spaces, the independence, the mountains and alpine meadows stacked one upon the other.

With risk comes reward, and so here I am, writing this article for Huts For Vets from sunny Colorado Springs after moving here during November 2019.  You see, after my Huts For Vets trip, I returned to New York and noticed things that I hadn’t noticed while being among them all day, every day, for decades – the heat and humidity, the impatient people, the confining spaces.  Despite popular misinformation, New York actually has mountains, and lots of them, but they resemble enormous piles of soggy broccoli and aren’t majestic when compared to the towering peaks of the American West. 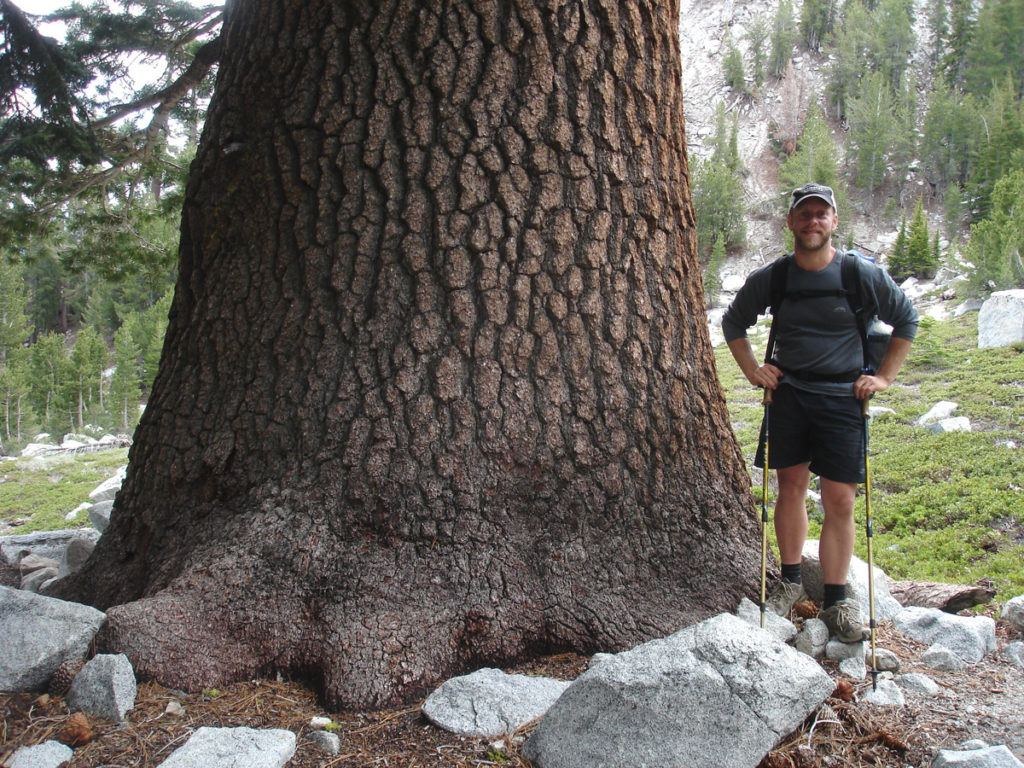 When friends and family ask me how I like living in the West, I tell them, “No place is perfect.  But Colorado’s pretty close.”  Yet a pursuit of happiness did not bring me to the Rockies.  As I learned during my graduate studies, on my Huts For Vets trip, and through personal reading, the pursuit of happiness is a fool’s errand, for no one can be happy most of the time, let alone all of the time.  Instead, I pursue a life that’s consistent with my values.  This relatively new and obscure therapeutic approach, dubbed acceptance and commitment therapy (ACT), is based upon accepting and processing emotions and unpleasant thoughts and then committing oneself to pursuing a life consistent with one’s personal values.  I value all Colorado has to offer, and if it wasn’t for Huts For Vets, I wouldn’t be here today. 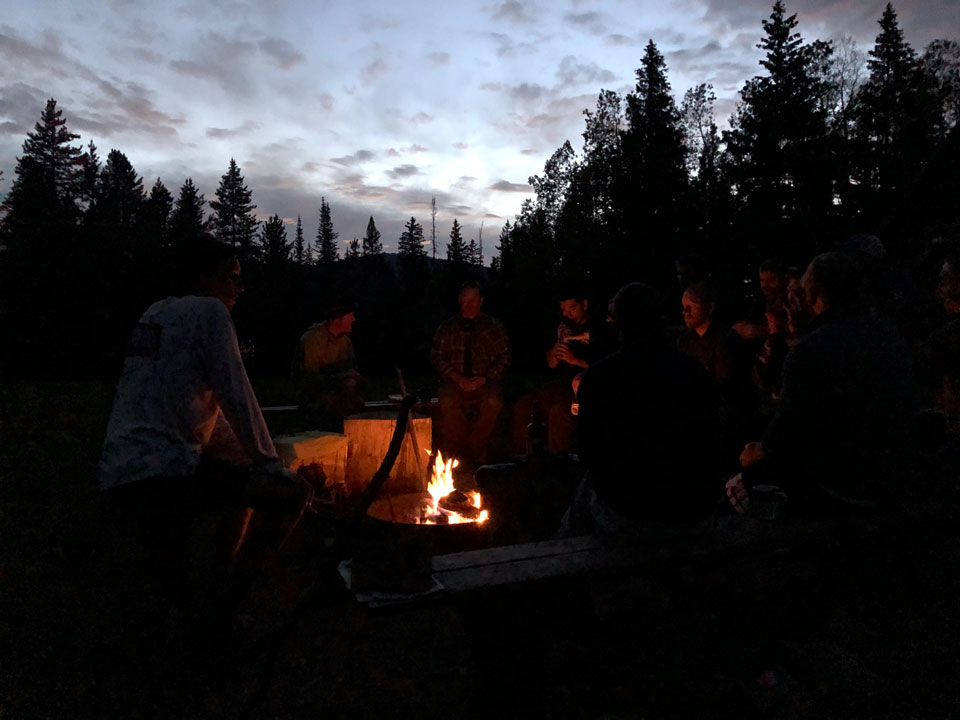 Sitting on a bench around a campfire with my fellow veterans | Photo: Adam Stump

So, in the end, what does all this mean?  A precise answer is elusive, though three points can be made.

One: Veterans face unique challenges due to their service.

Some veterans have seen friends become wounded or killed, smelled decomposing bodies, saw wounded or dead noncombatants, witnessed serious accidents, got knocked over by explosions, became injured, or sustained head injuries.  These experiences, by the way, are the top seven events that contribute to post traumatic stress disorder, a debilitating mental illness that may last decades.  It is possible to experience any of these events during one hell of a battle or even during a peacetime enlistment.

Two: wilderness is a powerful healer, and this is coming from someone who has spent a lot of time in wild land.

Nature is the most natural place for us to be, and it’s a very safe setting.  Luckily for most Americans, at least some semblance of wild land can be accessed via a short drive.  The very lucky ones, like me, have wild land right in their backyard.

Three: Veterans attend Huts For Vets and similar programs for many reasons, yet the core motive is that veterans want to engage with like-minded people who may possess similar life experiences.

There are more veterans out there than you may think, and they can serve as pillars of support, introspection, and growth.

In short, as I learned on my Huts For Vets trip, they’re all very much like you and me. 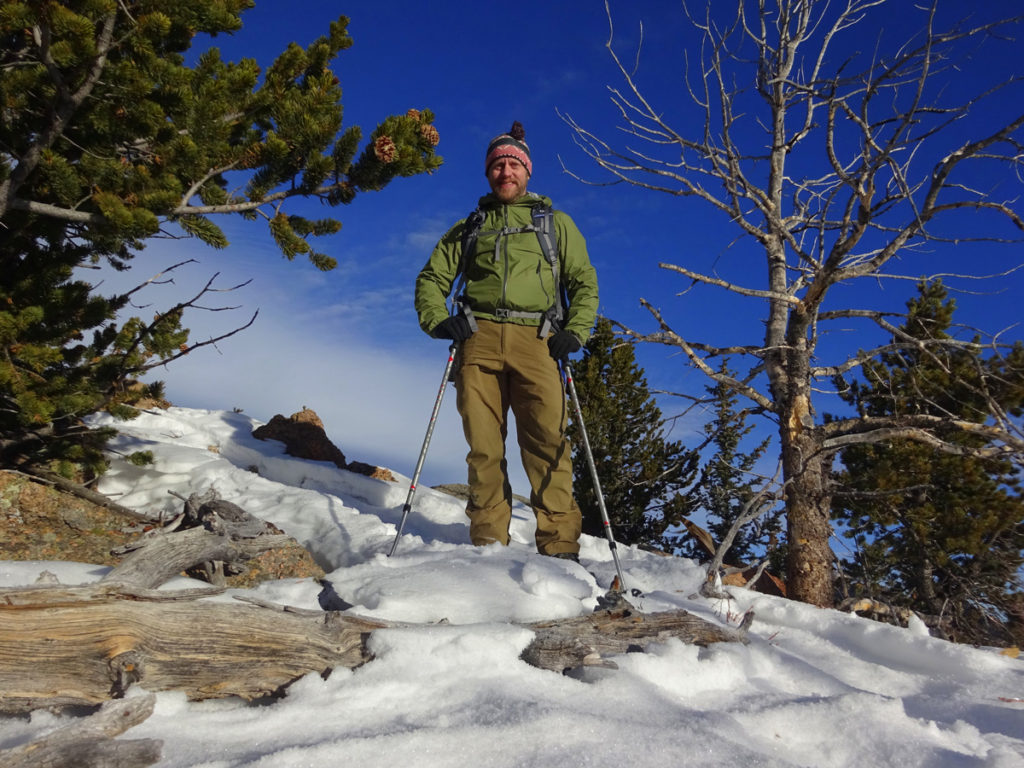 Erik Schlimmer is founding member of Friends of the Trans Adirondack Route (transadk.com) and founder and resident author of Beechwood Books (beechwoodbks.com).  His titles include Blue Line to Blue Line, History Inside the Blue Line, My Adirondacks, Among the Cloud Splitters, Cradle of the Union, and Color Remote.